Yes, in every stream of cuss words, there must be a mushroom cloud and a crying unicorn.
Illustration by John Deering.

When I was a kid there was a poster in the foyer of our church that showed a tape recorder and a message along the lines of “God is listening.” I took that to heart and, until college, I never said anything worse than “darn” or “heck.”

I apparently never really had much to cuss about till then.

Still, I’m not that big a cusser unless I get really mad, and even then, I sometimes revert to Yosemite Sam mode. I can’t help it; “ratzafratzin’” is way too much fun to say. (This is obviously from the pre-Parents Television Council days, when they started taking out the “violence” and “language” in Bugs Bunny cartoons, thus making them make no sense whatsoever. Seriously, why keep the lead-up to the bomb/crash/plunge, then cut to the Coyote being perfectly fine? To teach that there are no consequences?)

Then, as now, I’ve found other ways to express my displeasure, and have been known to employ “son of a biscuit eater” liberally, as well as “Holy Forkin’ Shirtballs!” (Thanks, The Good Place!)

Some readers of the Arkansas Democrat-Gazette have been far more creative, and I will be working quite a few of their contributions into my vocabulary.

David Mosley related an anecdote from a few decades ago that made me wish my high school had played some avian-mascotted teams (maybe we did, but I don’t remember any): “Before consolidation of the districts in the early 1990s, Camden had two separate high schools, Camden High School (Panthers), and Fairview High School (Cardinals). The annual football game traditionally kicked off the season. In the late ’70s, I’ll never forget a very large sign painted on butcher paper that, in reference to their feathered mascot, read ‘Juniors Say: Pluck you, Fairview!!!’

This was more our speed. We weren’t that daring.
Image found on Pinterest.

“Why in the world this wasn’t removed by administration, I’ll never know (maybe they had a sense of humor after all), but there it hung in the high school hallway all week. It even made it to the stadium for the game that night. So whenever I hear the F-bomb flying nowadays, I think back to this more suitable alternative.”

I’m fairly sure we would never have gotten away with it. Of course, the only thing I can halfway remember is the homecoming game where we played a team with the same name (Tigers). That parade float was fun to figure out …

In addition to wordplay, writers to the paper have also used the NATO phonetic alphabet to get around our restrictions on obscenity, and yes, that’s perfectly fine in most instances. Ed Lockett went another route: “In lieu of a strong expletive … I will use ‘Hair-Fuzz,’ i.e., ‘What in the Hair-Fuzz is going on around here?’ If I am very annoyed I will use the more formal version, ‘What in the Hair-O-Fuzzy is going on around here?’” 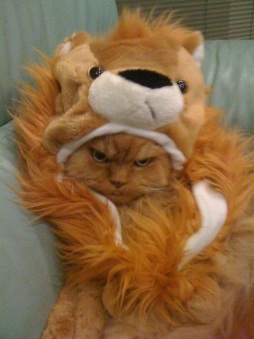 Fuzzy Wuzzy was a bear. But he wasn’t as pissed off as I am.
Image found on Once Upon A Prime.

Sloene Sutton told me, “Years ago when my son (who is now a college freshman) was a tot, I wanted to ensure that he didn’t hear any of the ‘bad words’ at home. I certainly never wanted him to take the Lord’s name in vain, so we created alternate verbiage to use. We said things like: Good Gravy (which I still use almost daily), Holy Cheese, sit on my sandwich and fudge-cycle. Most of the time when these alternates are used, it brings looks of confusion or humor to the faces that are around. This can be a tension-breaker if the situation is heated and thus gives these words a dual function.”

Any time you can break the tension without breaking bones or furniture, it’s a good thing. Humor is the best non-lethal weapon, I think. Although a few sandwiches may suffer from all that being sat upon …

Yeah, that looks unappetizing, and not just because I can’t process beef.
Image found on Yelp.

Jo James Johnston shared this story: “Lo these many years ago (56, to be exact), my husband and I were stationed at Ramstein AFB in Germany. On the flight over, I met and ultimately became best friends with one Deana Tharp. We were both young and unrestrained and we indulged in less-than-ladylike language. As time passed, we decided we should clean up our act. The F-word became fluffy-nutter and the S-word became fluff. Imagine our amazement when one day Deana’s bratty 2-year-old was throwing a raging, red-faced, snot-nosed temper tantrum, stomping her tiny foot and yelling: ‘Fluffy go potty!’”

I’d just be happy for mine to stop changing “column” to “Columbia.” Why???
Image found on cheezburger.

Reggie Skrmetti told me, “Mama never cussed, but when she encountered anything that really got to her, she would exclaim, ‘Good God, said the woodchuck, and the owl hit him.’ (It always made me chuckle.)”

Will Taylor said, “When my daughter was very young, I did not want to be the first to expose her to profanity of any kind. … My standard expletive (which always got a giggle from the kid—she already knew the score anyway) … was ‘Rat Socks!’ which has no direct equivalent in cursing and swearing, but which turned out to be a pretty darned good expletive in its own right for quite a few years.”

Pardon me while I go find some socks with rats on them. No reason. 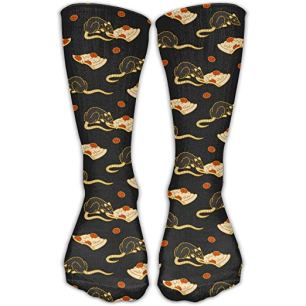 No! No rat socks!
GIF found on Twisted Sifter.

Other readers sent in words and phrases that elicited a giggle, such as “dang-a-rang,” “Gosh, oh hemlock,” “sugar,” “silly booger,” “that suckerbill,” and one of my favorites, “I’m so angry I could crush a grape!” Some, like “peckerwood,” “dadgummit,” and “shoot fire,” reminded me of my grandpa. Mom tells me he used to call us kids peckerwoods. I grew out of it, mostly. My brothers are still grade-A peckerwoods, though.

Some might be thinking that any swearing, even the more innocent kind like this, is bad, but science tells us it’s actually good for us (in moderation, of course) by, among other things, activating our “fight or flight” response and its accompanying analgesic effect, and keeping us from resorting to violence.

I’d say using some good ol’ Southern euphemisms is more fun than fighting or even going full blue. If others don’t get it, well, bless their little ol’ cotton-pickin’ hearts.

If a Southerner tells you, “Bless your heart,” pay close attention to the tone of voice. She may be telling you to go fluff yourself and sit on a sandwich.
GIF found on Odyssey Online.