Put the jester hat away. You can pull it back out once the crisis has passed, I promise.
Illustration by John Deering.

Ah, April Fools’ Day. In the newsroom, it was once great fun.

When I was on the clerks’ desk, I was lucky enough to be a friend and researcher for Mary Hargrove, since retired and spoiling her grandkids (while remaining a legend in journalism in Oklahoma and Arkansas and elsewhere). Mary was (and still is) a cut-up, and was notorious for her elaborate April Fools’ jokes, often roping people outside the newsroom in on the fun. Sometimes, though, the jokes were simple, like plastic bugs in a desk drawer of someone who was not a fan of creepy-crawlies. Funny and not harmful was the rule.

If I recall correctly, Mary said she did joke around with the Kennedys a little when she accepted her RFK Journalism Award in 1999. That’s Ethel behind her left shoulder.
Image found on Frontier,

This year just won’t be the same. What was funny even a few months ago isn’t now that we’re in the middle of the covid-19 pandemic. For those of us in isolation who don’t have anyone living with them, well … the jokes just won’t work. At least when the furry one was still here, I had someone to prank. Not that he appreciated it.

Unless scratches and hisses mean something different.

Kimberly Atkins, a Washington reporter for WBUR Public Radio, issued a tweet Saturday that summed up the feelings of a lot of people while the pandemic is going on: “I’m making a pre-emptive request that any and all April Fools’ Day jokes, pranks or other shenanigans be canceled this year for the protection of collective humanity’s very last nerve.” As at least one Twitter user observed, but in a not-safe-for-family-newspaper way, there’s no prank that could match what’s going on right now.

I know people who find my last nerve and use it like it’s a trampoline.
Screenshot from Kimberly Atkins’ Twitter page.

So just say no to pranks, especially ones involving disease or death. No one’s really in the mood for that right now. Well, except for K-pop fans, apparently. Don’t ask me. I don’t get it either.

Some corporations famous for past April Fools’ Day pranks have canceled their plans this year. Google, which has been doing pranks on this day since 2000, called this year’s off, so no Google Romance dating app, partnership with Virgin Group for the Virgle permanent Mars settlement, or animal translator (you’ll just have to rely on what you think your pet wants; hint: it’s probably food). CNET reported that in an email to company managers, Lorraine Twohill, Google’s head of marketing, wrote: “Our highest goal right now is to be helpful to people, so let’s save the jokes for next April, which will undoubtedly be a whole lot brighter than this one.”

Good Lord, I hope. And let’s hope Google won’t then try another “mic drop” prank on Gmail, which resulted in an apology and reportedly several job offers/interviews rescinded. It seems companies don’t think attaching a GIF of a Minion dropping a mic screams “professional.” Go figure.

I don’t know what those employers were thinking. I’d hire the applicant who attached a Minion GIF to his resume email!
GIF found on Vox.

And yeah, The Smithsonian’s Tribble breeding program at the National Air and Space Museum might not get the same reaction it did back in 2016, what with the fear of an alien virus that also multiplies exponentially running rampant. That same year, Quilted Northern pulled a prank introducing painful-looking artisanal “Rustic Weave” toilet paper; today that might be welcomed as a real thing considering all the toilet-paper hoarders who, if they really need that much, should probably see a doctor.

But just because there won’t be any big to-do today except from a few oblivious people doesn’t mean we have to abandon our sense of humor. That humor may be just what saves us from backhanding that person in the house who keeps leaving lights on after they’ve left the room or drinking straight from the orange juice carton, even when you realize you’re that person. (That’s one of the downsides of living alone: no one but yourself to blame.) 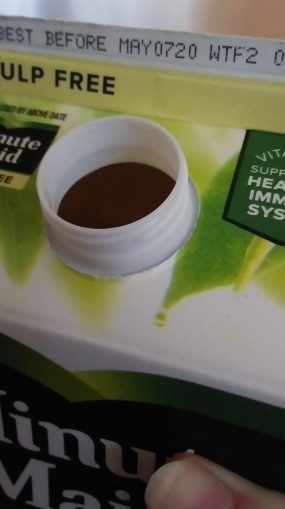 Sure, no one to blame, but I also don’t have to worry about anyone else’s germs on the mouth of my orange juice carton.

Exercise that sense of humor since right now you might not be getting a lot of the real stuff (unless you have a home gym) by watching some creative people going viral on YouTube (that’s the good kind of viral … mostly) making light of our social isolation.

One of my favorites is Chris Mann, a classically trained singer who came in fourth on the second season of The Voice. While his official music is more radio-friendly, he has come out so far with three coronavirus parody songs (“My Corona,” “Stay Home Vogue,” and “Hello (From the Inside).”

“Hello” (make sure you read the captions) is my favorite of the batch, if just because you get to see legs whiter than mine. Pants are optional in isolation, you know. Really, if you’re taking the trouble to change from pajamas to pants if you’re working at home, you’re just nuts.

Someone with a great singing voice who happens to be hilarious? My dream come true. (A warning for those sensitive to cuss words, though: The first two songs have a lot of them.)

A more family-friendly parody is adorable Pittsburgh couple Claire and Mel Vatz’s parody version of Simon and Garfunkel’s “Homeward Bound” as “We’re All Home Bound.” Mel wrote on the video’s YouTube page, “We are glad to be able to create a few moments of joy and some laughter.” They surely did, and gave a lot of people relationship goals at the same time.

Comedian Dana Jay Bein tweeted out lines of “Coronavirus Rhapsody,” asking only that, if the parody was recorded, he be given writing credit. According to WBUR, Bein estimates there are at least 100 different versions of the song, many on YouTube, which begins, “Is this a sore throat? Is this just allergies? Caught in a lockdown/No escape from reality.”

Bein told WBUR, “I haven’t been outside since I wrote this and it went mega-viral while I was sitting there without pants on in my bedroom.”

Want more? Okey-doke! But not pants. They’re the devil’s work.