Somebody’s gotta scrape all that stuff off!
Image found on Gizmodo.

After Wednesday’s column, a cranky commenter on the newspaper’s site said that I had to scrape “the bottom of the Internet” to find the conspiracy theories I used. (And yet, I found them so easily …)

But ya know, why not scrape a little bit more randomness from the ’Net? Something has to take our minds off the scariness to come … and I’m still waiting for someone to scrape the gum off the bottom of the Internet. 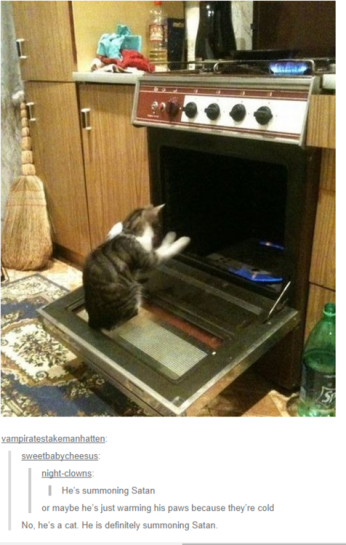 How’d the cat get the oven door open? Satan.
Image found on BuzzFeed. 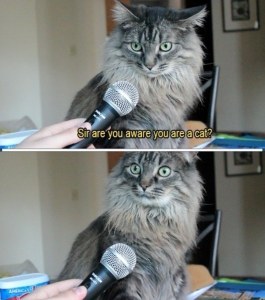 You’re joking, right? That would mean my mom isn’t really my mom!
Image found on BuzzFeed. 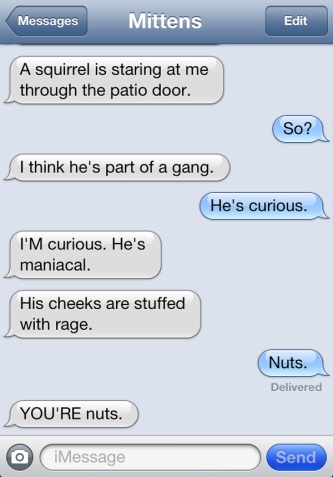 I think that squirrel was at my house Saturday.
Image from “Texts from Mittens” found on catster.com.

The dog knows what’s up. Never trust a squirrel.
Image from “Texts from Dog” found on Pinterest.

If you can’t laugh at penguins chasing a butterfly, you have no soul …
Image found on funnycutepics.com. 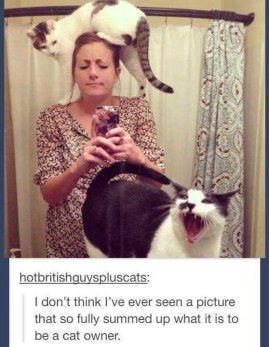 What’s missing is the cat hacking up a hairball, the one in full catnip-fueled racing mode, and the one sleep-farting.
Image found on BuzzFeed.

This was missing too …
GIF found on Funny or Die.

We actually got a letter last week from someone who believed the sports editor and his “elk” were belittling people … these elk obviously weren’t a part of that.
Image found on 11 Points.

That’s all right, Doctor. When you’re a millenium old, it’s easy to get confused.
Image found on K&J Dreamatorium.