Those of you who read the print version of my column Wednesday might have noticed a new illustration created by my dear friend and co-worker John Deering. For those who didn’t see it, may I now present … my Word Nerd. 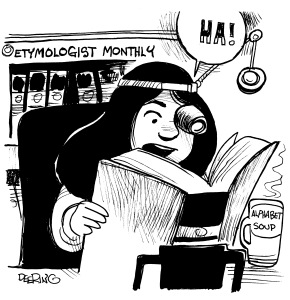 Get a load of the size of the Etymologist Monthly!
Cartoon by John Deering.

In case you were wondering, I do have a loupe, but it doesn’t attach to my head, and is used for jewelry. I generally just use reading glasses or a magnifying glass for really small type (like in the unabridged dictionary outside my office).

Illustrations like this are just one more reason I love having John as a friend and fellow member of the Capricorn Cabal (three of us, in a row of offices, all with birthdays in the same 8-day span in January).

In addition to being a cartoonist (editorial cartoons plus Strange Brew and Zack Hill), John’s also an extremely talented sculptor and painter.

The Other Side of the Cove, by John Deering.

While I also love his other work, it’s in these small illustrations that you really get to see his weird sense of humor which, yes, is very similar to mine. That’s why he makes me happy. 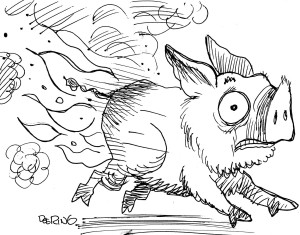 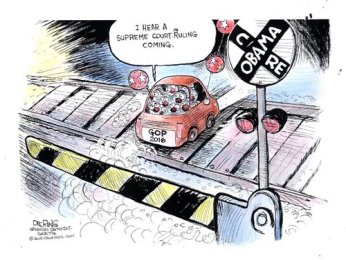 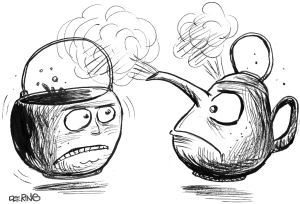 Sometimes I find a one-off image that cracks me up, and take it as a challenge. This was one of them.
Illustration by John Deering.

When part of a pecan tree fell on the other side of the duplex I lived in, causing a power surge and killing some electronics, John drew this to make me feel better. It did.
Cartoon by John Deering.