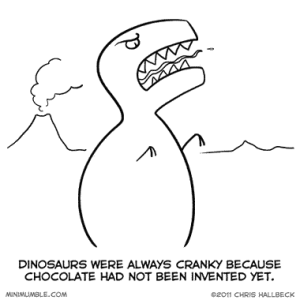 You’ll notice I’ve been a bit cranky lately, what with all that troll-baiting and bear-poking. Severe chocolate deficits will do that. It doesn’t help matters that I’ve been cruising chocolatiers’ websites for a Mother’s Day gift. Pardon my drool, please.

After receiving something from a frequent correspondent, though, I thought it was time to get back to my word-nerdiness.

The subject line was intriguing enough to start me giggling in anticipation: “Another word you can’t use in a classroom of 8th-graders.” Having grown up with three brothers, I know where those minds go, so I knew it would be good.

Formication (form-eh-KEY-shehn) (noun)—The sensation of ants crawling over the skin.

“I don’t know their effect on others but I suffer formication just thinking about oysters.”

My answer: “Especially if you want to talk about how ants masticate!” (Ba-dum-bum … and I completely agree about the oysters.)

I’ve talked before about words that sound dirty or rude, but aren’t. Perfectly good words lie fallow in the English language simply because they sound similar to other words that may be offensive to someone. 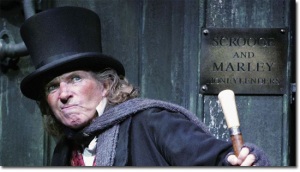 Ebenezer Scrooge was niggardly until he learned the error of his ways.
Image found on Cracked.

“Niggardly,” for instance, means stingy, but for the uninformed sounds too much like that certain word which only rarely is printed in the Democrat-Gazette, and generally only when integral to a story.

Because of that pronunciation, it’s ripe for people mishearing it and becoming offended, though it predates the other word by a few hundred years. The adverb is believed to have been formed in the 16th Century from the noun form (meaning miser) that had existed since at least the 14th Century. Its origin is a bit of a mystery, however; World Wide Words notes that it likely has Scandinavian parentage as there are similar words in several Germanic languages. The misunderstanding of the word isn’t new, as the site found an exchange (perhaps in a short story; it’s unclear) in 1924 in McClure’s Magazine. 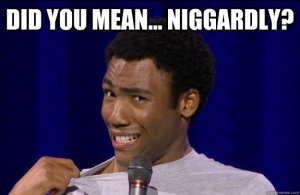 One of the more famous instances of controversy came in 1999, courtesy of David Howard of the District of Columbia mayor’s office. In a conversation with two staff members, Howard used the word in talking about how best to handle a tight budget, but one misunderstood him and thought he’d used the racial epithet. After an uproar arose, Howard resigned, but was later rehired after the mayor was schooled in usage of the word. Around the same time, there were also several stories of teachers disciplined for using and/or teaching the word.

In 2012, Ohio Sen. Sherrod Brown found himself at the center of another to-do, having called his colleagues niggardly when it comes to spending money for veterans (defense spending, on the other hand …). More than a few Web posts called Brown a racist for having used the word.

The Optimist, by Tom Pappalardo.

One comment I found left me shaking my head … and trying to control my laughter. There are just so many things wrong with this anonymous comment, found on Third Base Politics:

“Non-issues with Mr Brown are taking my rights away everyday. I will not grow up if that means that this senator continues his rain of terror on my life and business.”

With every well-publicized incident, you’ll find countless people making much ado over very little, and often a lot of misunderstandings, deliberate or not (including false histories of the word), especially on partisan comment boards. Logophiles and etymologists apparently are in short supply in those places … not that I blame them; I feel dirty and frustrated after just a few minutes of reading some of that stuff. There’s only so much hypocrisy and “libtard” cracks I can take (come on, surely you can think of better insults, guys).

One more time: Niggardly is not racist … unless you consider skinflints a race. Heck, Shakespeare was one of several writers who used it quite appropriately (darn sheep-biters!).

In 2002, John Derbyshire of the National Review was able to make light of the (non)scandals that had broken out:

“The word’s new lease of life is probably among manufacturers and retailers of sophomoric humor. I bet that even as I write, some adolescent boys, in the stairwell of some high school somewhere in America, are accusing each other of being niggardly, and sniggering at their own outrageous wit. I bet … Wait a minute. Sniggering? Oh, my God …”

I think I know those boys … I’m pretty sure I heard them chortling over the words for a bundle of kindling (fagot) and a large, territorial bird of the Otididae family (bustard). Say the word “masticate” to them and they’re pretty much done for the day. 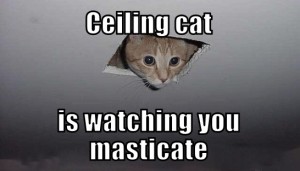 Speaking of mishearing, the other day I was back with Walt (the designer for the editorial and Voices pages) picking art for the page, and was torn about what to use for one letter. Finally, I said, “Just go with Jesus.” Nikki, one of the graphics gurus, actually heard me correctly, but when she asked me if that was what I said, I misheard her.

And then the comedy routine began, ending with this: 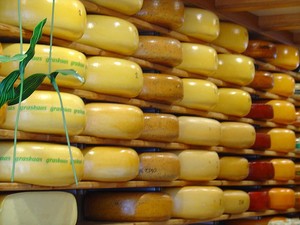 Oh my Gouda! I feel so close to Cheeses right now … Image found on cheeses.com.

It just happened to be the same afternoon that several of us had decided we’d had enough of crazy people for the day, and it was opined that we should just get rid of all the crazies (except us, obviously). Of course, I had to point out that we wouldn’t have much to write about for the paper if we did that, and I’d probably have little to fill my page (because the crazy both entertains and spurs more discussion, much of it sane). Then it was suggested that we hire people to write letters, ensuring at least a little crazy with drugs.

Which led to this:

“You could do worse than a job where you do drugs and write letters.”

Disclaimer: We’re all talk on that particular subject, kids. Stay in school and don’t do drugs!

Do I still have a job?

For those wondering about my status post-stroke, I’m fine, though still annoyed that I tire so easily. Gardening is helping with my stress level (I’m working on four garden beds at the moment, two from scratch), as is the flow of humor from friends and letter-writers. I still don’t know what caused the stroke, but I have an appointment next week with another specialist, this one a cardiologist to rule out atrial fibrillation. Thank you so much for your concern. Thank you even more for the laughs. 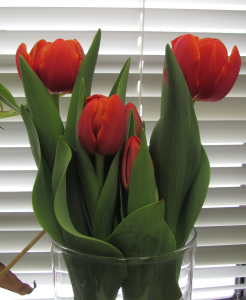 Things like this help, too … a reader brought me these beautiful tulips last week (awww!).